It’s been a while since our 2-time TI Champions made their last LAN appearance, which was in Shanghai, China where they hoisted the Aegis of Champions with joy and pride. Just not long ago, Ceb confirmed in his twitch channel that OG will be joining the 3rd Major of this season: ESL One Los Angeles 2020. Just when everyone is looking forward to seeing them demolish every other team again in a premier tournament, what actually awaits is a piece of unexpected news.

Yesterday, former VG.P player X1aOyU, a Malaysian player who has served as Yang’s stand-in at ESL One Hamburg, leaked in a pub game that he left VG.P to join MidOne’s squad, only to end up with no team because MidOne had chosen the offer from OG over him. Here is the screenshot and translation:

X1aOyU: He asked me to leave the team, but he fucked me.

Teammate: In China or other countries, it’s the same.

X1aOyU: Midone invited me to go back to SEA

X1aOyU: And form a roster together

X1aOyU: Then he told me he’s going to join OG

X1aOyU: And he said sorry 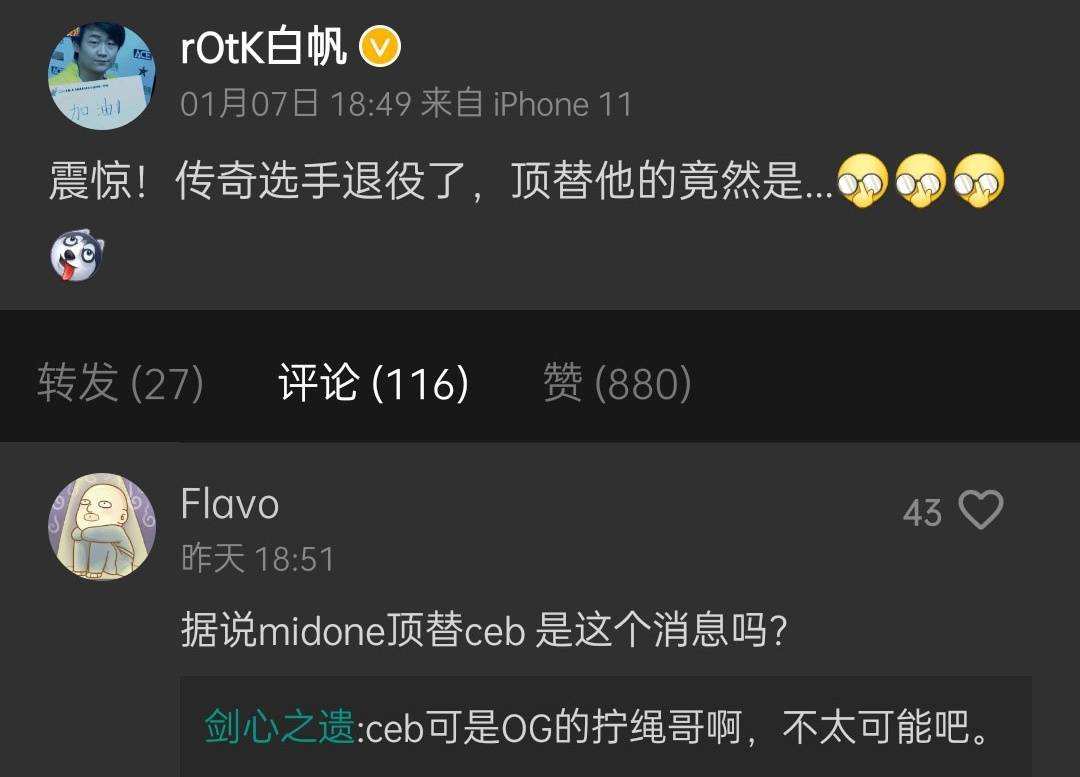 Shocking! A legendary player will retire and be replaced by.......

It is still uncertain if everything leaked by X1aOyU is true, but VPGAME is reaching out to all of our sources and will follow up and update once we have any confirmation.

This article represent only the author's point of view, not VPGAME's
Upvote (0)
Downvote (0)
Recommended
Read More